Canadians move to the US for a variety of reasons. Proximity to family, lifestyle, sunny weather, employment, health issues and lower income tax rates are some of the more popular reasons. If tax is the main driver for a client to hang up their hockey skates in favour of a golf club, they will probably choose to live in a state with little or no state income tax, such as Florida.

But before recommending a one-way ticket to West Palm Beach, it is important to understand the tax impact of becoming a non-resident of Canada. When a Canadian moves to another country and gives up tax residency in Canada this may give rise to a tax commonly referred to as departure tax. To better understand how this departure tax is calculated, a key concept of the Canadian tax system should be reviewed. Canadian residents are taxed on their worldwide income only while they are considered tax residents of Canada. Unlike the US, which taxes based on citizenship, when Canadians depart Canada they are no longer obliged to pay tax to Canada unless they continue to earn Canadian-source income. Canadians who depart Canada need to complete their final personal tax return (also known as an ‘exit return’) by 30 April of the year following their departure.

As this is the end of tax in Canada, the Canada Revenue Agency (CRA) expects to settle up with its residents on departure. According to Canadian tax law, Canadian residents who depart and become US residents for tax purposes are deemed to have disposed of assets at fair market value. This event may give rise to a capital gain. A capital gain triggered by departure is commonly referred to as departure tax, so departure tax is not a new tax: it is actually capital gains tax in disguise.

Upon disposition of an asset, if the fair market value is greater than adjusted cost basis there will be a capital gain: 50 per cent of the gain is added to the taxable income for the year and taxed at the seller’s marginal rate. Capital gains tax is triggered at the earlier of sale, death or departure. So paying tax on departure is simply pre-paying a tax that will ultimately be due. The question is, pay now or pay later?

Does this mean that a wealthy Canadian will owe millions of dollars to the CRA when giving up Canadian tax residency? Typically, the answer is no. With proper planning, the worst-case scenario is simply a deferment of tax. The CRA will allow departing Canadians to defer the tax by posting security equal to the taxes due. Considering that the CRA does not charge interest on the tax, Canadians who depart and choose to defer the tax are no different to those who are still in Canada. In either situation, no tax is due until sale or death.

While a deferment is typically better than paying tax now, numerous strategies can be used when planning a cross-border move to minimise or eliminate the eventual departure/capital gains tax due.

When is capital gains tax paid in canada?

Business ownership
One of the most complicated areas for Canadians to address when moving to the US is what to do with their companies. Can they maintain an interest in their Canadian company as a US resident? If so, does the company need to be restructured to ensure income and dividends can flow to them, as the US-resident shareholder, in a tax-efficient manner?

Another option is to consider selling the shares of stock before becoming a US resident. If the company qualifies as a Canadian-controlled private corporation (CCPC), under Canadian tax law the owner may be eligible to use a CAD750,000 lifetime capital gains exemption. This means that if the company’s adjusted cost basis is CAD500,000 and it is sold for CAD2,000,000 there would be a gain of CAD1,500,000. If the exemption is applicable, the first CAD750,000 of gain would not be taxed. If the owner’s spouse is a shareholder as well, this exemption doubles to CAD1,500,000 of tax-free capital gains.

Using the example above, if both spouses use their exemption, there would be zero tax on the company’s sale. If the company does not qualify as a CCPC or there is a significant amount of tax remaining, consider making use of the Canada-US Tax Treaty and restructuring the company on a cross-border basis to minimise or eliminate tax.

RRSPs are excellent tax-advantaged investments in Canada. The investor gets a tax deduction when they make a contribution, then the proceeds grow while tax is deferred. Funds are taxed at ordinary income tax rates when withdrawn but, unlike US retirement accounts such as 401K and IRAs (individual retirement accounts), there is no 10 per cent penalty for withdrawing the RRSP before the age of 59 and a half. For many Canadian residents with a substantial income-producing portfolio or pension income, this means they will pay almost 50 per cent tax to the CRA on their RRSPs, as Canadian residents.

All Canadians who move to the US ask what they should do with their RRSP. As noted, RRSPs are exempt from departure tax, but without proper planning the Inland Revenue Service (IRS) will tax RRSPs on interest and capital gains income as it would any other investment account, rather than recognise their tax-deferred status. Before calling their investment advisor to liquidate the RRSP, they can turn to the Canada-US Tax Treaty for relief. The solution is to make a treaty election and file form 8891 along with the US return each year. If this is done correctly, the IRS will grant the same tax treatment as the CRA, which is to allow tax on the accrued income to be deferred. 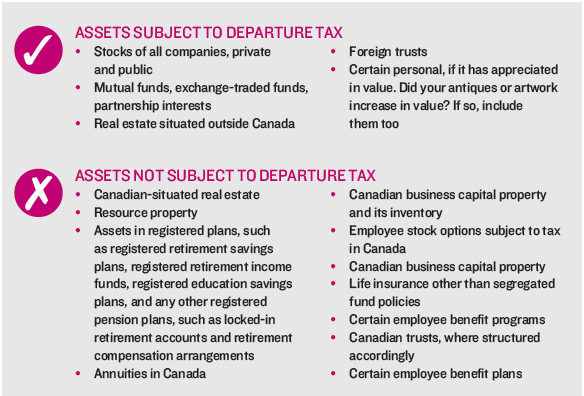 While the RRSP can be kept intact on a move to the US, many Canadians choose to collapse their RRSP once they are stateside. This is because non-residents of Canada enjoy a special advantage created by the Canada-US Tax Treaty: they can withdraw their RRSP at a tax rate of just 25 per cent. With proper planning, the tax rate may be lowered to 15 per cent on withdrawal. This is a far cry from the 40–48 per cent most high-net-worth Canadians may pay when they collapse their RRSPs in retirement if they stay Canadian residents.

The potential savings are further increased because the tax paid to Canada (25 per cent or 15 per cent) can be used as foreign tax credits to offset tax owed to the IRS on specific types of income earned in the future. This is a good strategy if a client plans to retire in the US and wants to make the most of their RRSP. Another benefit to collapsing the RRSP is that it eliminates the additional currency risk of leaving the RRSP in Canada while having a lifestyle primarily in the US. And, if the client ever moves back to Canada, they are not stuck with an RRSP where the CRA gets half.

While there are many tax opportunities in moving to the US, there are also many pitfalls to leaving Canada. The US may be a tax haven for Canadians who own a big RRSP and substantial income in retirement, but most Canadians are not able to take advantage of this because they do not have a viable immigration plan or they cannot get private medical insurance. The best defence against these hazards is a cross-border professional who can design a holistic cross-border plan that addresses tax, estate, financial, retirement, accounting, insurance, investment and healthcare issues. 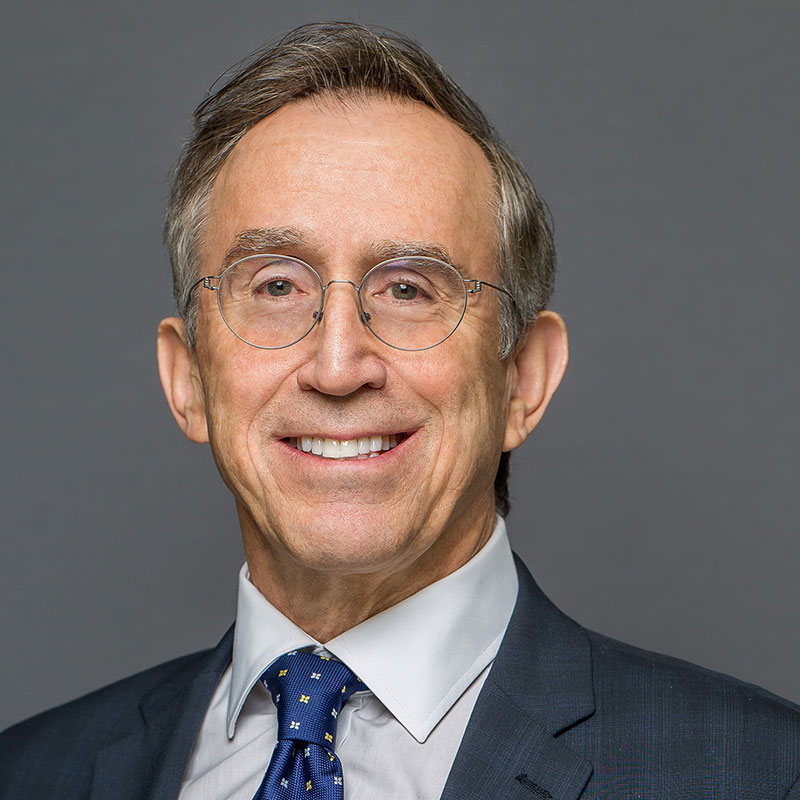 About David A. Altro

David A. Altro, Florida Lawyer & Canadian Legal Advisor, is the managing partner of Altro LLP, which he founded in 1988 with offices in Montreal, Toronto, Calgary, Vancouver, Florida, Arizona and California. David is the author of the books Owning US Property the Canadian Way, Third Edition and his most recent book: Americans Living in Canada – Smile, The IRS is Watching You.
Learn More about the Author
Learn More about this Topic 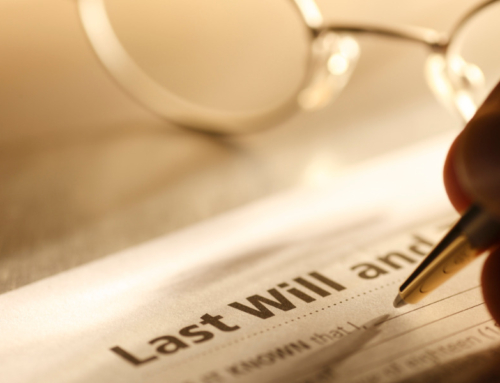 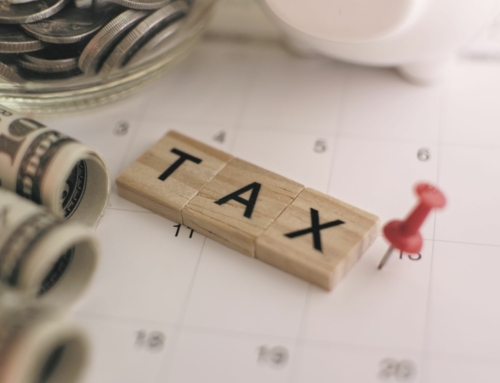 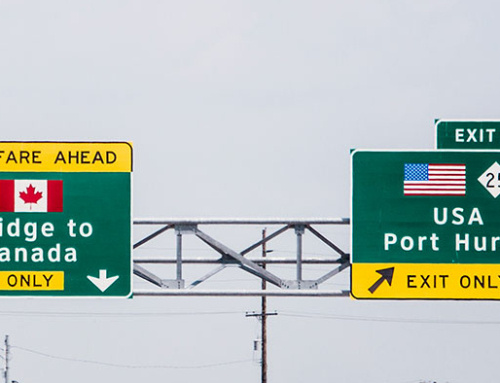 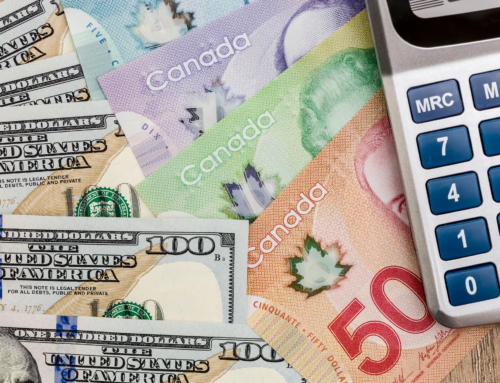